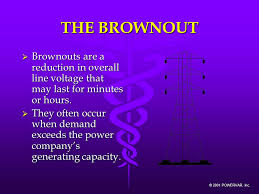 I covered this subject not too long ago on this site.  But I believe the prospects of this subject bears justification for bringing it up again.

This is not about crying “wolf”.  ISO-NE has long warned about lack of capacity, aggravated by lack of adequate fuel supplies, being a cause for extreme concern.  Now its reached a point that the future is now.  While we continue to deny, deny, deny… potential brownouts are knocking at our front door.  Read further…

“Maintaining winter electricity reliability will become more challenging
In January, ISO New England issued its Operation Fuel Security Analysis which was conducted because the region’s natural gas infrastructure capacity is not always adequate to deliver the quantity needed during winter for both heating and electricity generation.

The study examined twenty-three fuel-mix scenarios and concluded that electricity shortages due to inadequate fuel supplies would occur in nineteen of the scenarios by 2024/25, thereby requiring emergency actions such as voluntary energy conservation and involuntary load shedding.

The scenarios that were studied included several variables such as:

Because it is a challenge to build natural gas pipeline infrastructure in New England to supply more fuel, the study concluded that electricity system reliability will likely continue to be heavily dependent on LNG, electricity imports and more dual-fuel plant capability. More renewable resources will also help lessen the region’s fuel security risk. But they are likely to drive coal and oil-fired generation retirements, requiring higher LNG imports to counteract the loss of stored fuels. Clearly, meeting the region’s natural gas demand for the generation of electricity is challenging.

ISO plans to discuss the results of the study with stakeholders, regulators and policymakers throughout 2018. ISO’s concerns about fuel security go back to January 2004, when a prolonged cold spell challenged the reliable operation of the grid due to natural gas pipeline constraints. According to ISO, if fuel security is not addressed, the region “will face a setback to both future power system reliability and state efforts to transition to clean energy economy-wide as well as increased energy costs.”